Past, present, and future
Humble beginnings in transport and logistics 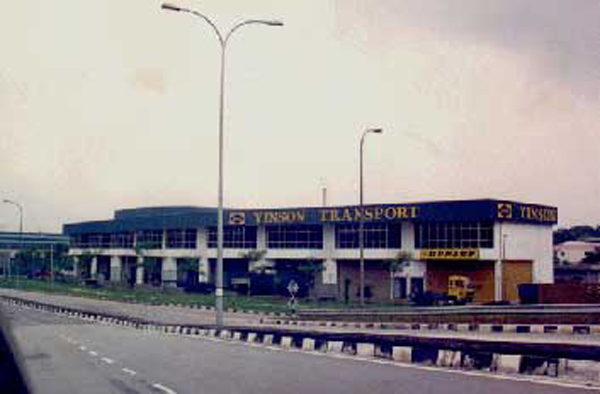 In 1983, Yinson was founded by Lim Han Weng as a humble transport and logistics company in Johor Bahru, Malaysia. Thanks to an unwavering commitment to excellent customer service and on-time delivery, the little company grew exponentially. In 20 years, Yinson became one of Malaysia’s biggest transport companies, operating a fleet of 365 trucks and supplying a further 565 trucks to our customers.

In 2010, Yinson expanded our services to cover marine transport with the acquisition of five tugboats. That same year, we won a contract for port cargo handling services in Vietnam. In 2014, our business was further strengthened with the acquisition of established Norwegian FPSO company, Fred. Olsen Production ASA – a company that shares our commitment to excellence and strategy for long-term charter contracts. Through the acquisition, Yinson inherited a strong and experienced team, as well as contracts for a further three FPSO vessels, and a mobile offshore production unit (MOPU).

Today, with our diversified geographical presence and extensive engineering and operational expertise, Yinson has grown to become one of the largest independent FPSO leasing companies globally.

Diversifying into Renewables and Green Technologies In 2019, Yinson diversified into renewables. Within a year, we acquired our first operational renewables asset, the 140MW Bhadla solar plants in India, and built a strong pipeline of greenfield development projects across the globe. In early 2021, we secured a new contract to build, own and operate a 190MW solar plant in the Nokh Solar Park, India. Our renewables footprint is rapidly expanding as we target to become a globally recognised independent power producer within clean energy.

In 2020, Yinson established our Green Technologies Division. The Division focuses on investing in new technologies and business areas that enable the global transition to a carbon free environment.

Through strategies contained in our business model, Yinson is poised to create long term value for all our stakeholders.

View our awards and achievements